Ever thought about what it takes to keep the water you drink and the water you see outdoors clean? It’s not often considered! But there are companies who work tirelessly to make it all happen. Aquatera is one such company. Since 2003, they’ve acted as the owner and operator of water and wastewater treatment and transmissions systems for the City of Grande Prairie in Alberta, Canada.

Under their direction, Grande Prairie’s citizens have been able to enjoy safe, clean drinking water and ensure that their wastewater returns fully sanitized back to the Wapiti River. It’s a direction that worked for a decade.

However, by 2013, Grande Prairie’s population had grown by more than 18,000 people. While that was great for the area’s economy, it left Aquatera’s plant running at full capacity. If the population grew any further, the plant would not be able to accommodate the increase in demand.

Determined to leave no person without their essential service, Aquatera chose to expand their plant. 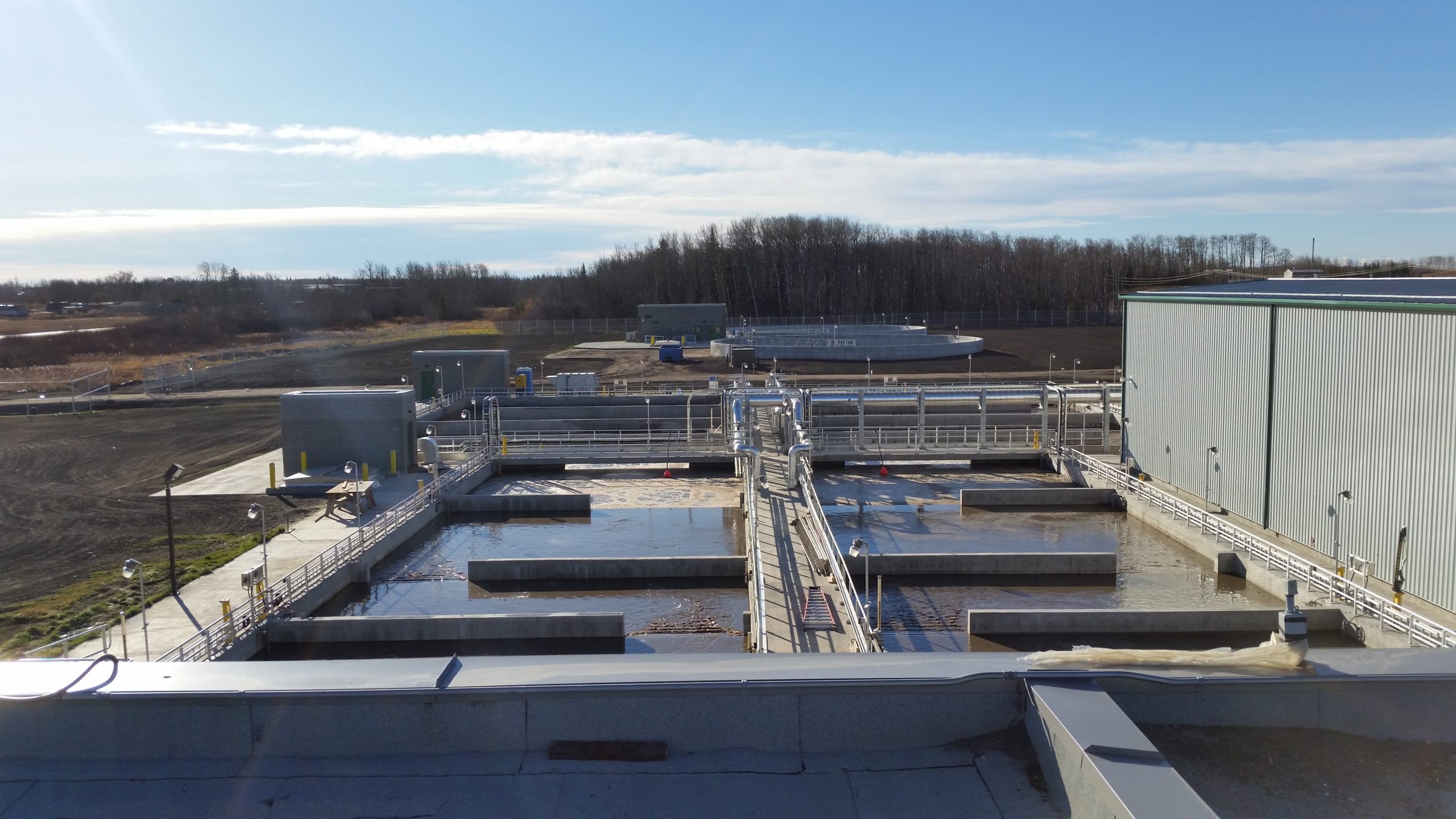 quatera’s Expansion Would Involve Multiple Additions to Their Plant

It would also cost a pretty penny! For over $58 million, Aquatera would be able to fully upgrade the plant to include the following:

While this upgrade would be expensive, the end result would be priceless. These additions would give Aquatera’s plant two major benefits that would keep it running throughout Grande Prairie’s ongoing growth spurt.

They Would Help the Company Meet Current and Future Regulations

As a company that handles the water and wastewater treatment for a whole city, Aquatera is beholden to a number of rules and best practices. These come in the form of provincial and federal regulations and guidelines. And they also include individual municipal utility bylaws from four shareholders.

Of course, it also means that Aquatera needs to periodically update their system to meet the latest standards. Taking that into account, Aquatera knew they’d need their upgrade to address this. That’s why they chose to add two more BNRs to their plant. Both would allow them to satisfy the needs of Grande Prairie and meet current and future regulations surrounding those needs.

nd They Would Also Increase the Company’s Overall Efficiency

On top of that, the upgrades would also increase the plant’s sustainability. They would give the plant a longer life span while reducing how much power it consumes and how many greenhouse gases it emits.

Combining this new capacity increase and sustainability enhancement meant that the plant would be able to work in a more eco-friendly manner while having the capacity to serve a growing population. 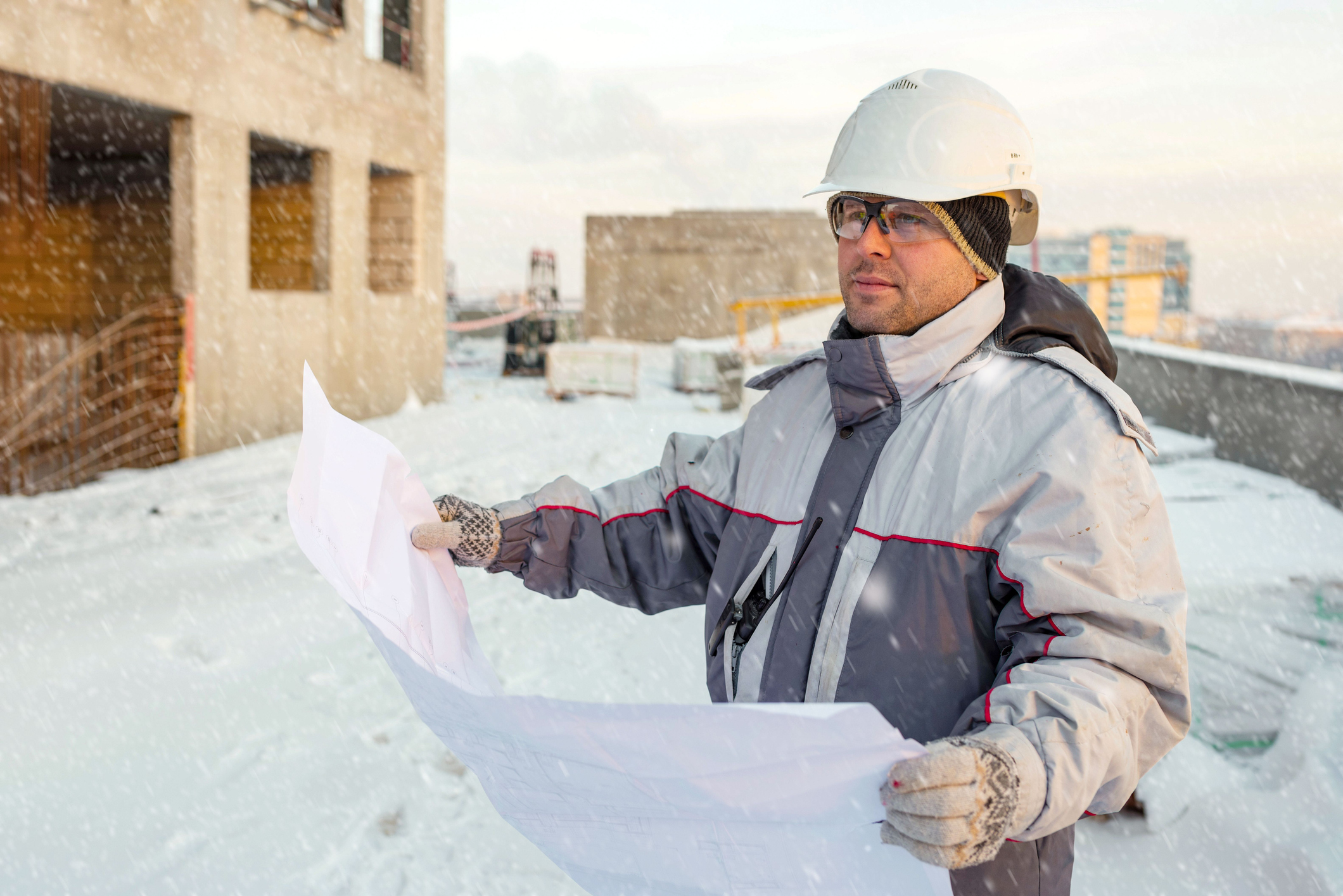 But These Upgrades Came with a Couple of Challenges

While Aquatera was eager to start upgrading, they had to make sure their construction team would be able to complete the project on time while working in Alberta’s harsh wintery conditions.

With that in mind, it was clear to them that working with concrete in such a climate meant they’d need a time-effective solution that could give them both permanently waterproof and highly durable concrete. And this solution would need to be able to handle significantly cold temperatures over the winter season. In short, it would have to be an innovative solution.

They Couldn’t Go with a Conventional Surface-Applied Solution

Traditional solutions like surface-applied concrete waterproofing and hardening products are costly and time-consuming. After all, crews need to be scheduled to handle the application. And that can involve the need to spend more to hire extra workers and expensive equipment. Even if all those costs could be managed, it still means waiting for the workers to finish their manual application.

At the same time, that process adds the risk of application errors. No matter how well trained a manual applicator is, they’re only human. So there’s always a chance that the application will not uniformly cover the concrete. And that could leave weak spots in the finished concrete structure.

If Aquatera wanted their concrete waterproofing and durability solution to be both timely and cost-effective, they would need to look elsewhere.

They’d Also Need to Be Careful of the Weather

No matter what they chose as their solution, the construction team would still have to make sure that it could handle the wintery weather. With surface-applied solutions, that could prove to be difficult. It would double the amount of heating they’d have to worry about after all. Both the solutions themselves and the surrounding ground would need to remain unfrozen. Otherwise, the cold weather would interfere with the process, making the concrete set more slowly. That in turn would make the surface application take even more time. There would even be the possibility of the concrete slab crusting, where only its top part sets.

So, if Aquatera’s upgrade was ever going to happen, the company’s construction team would need a non-surface-applied solution that could handle the cold weather just fine. 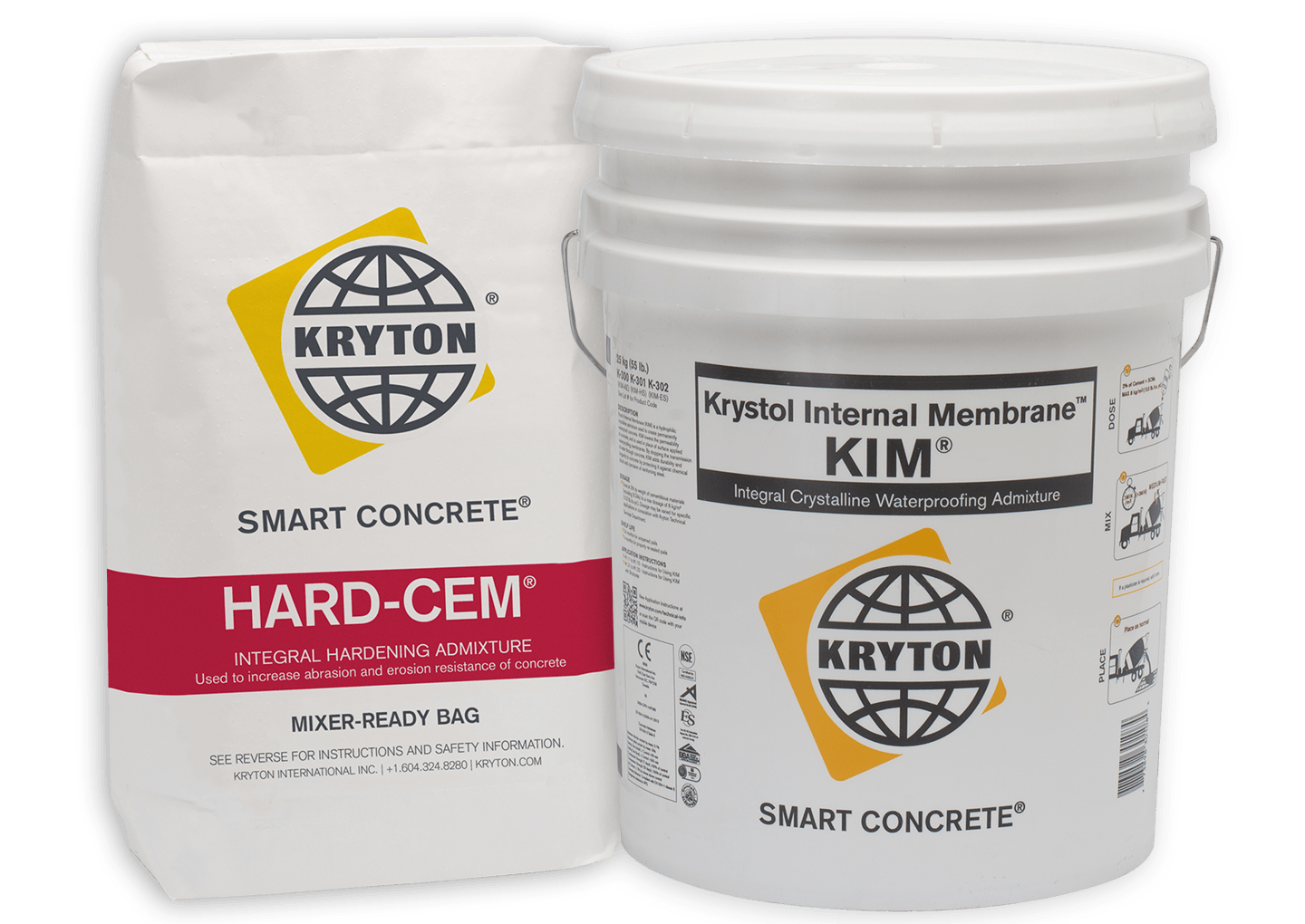 The main challenge for Aquatera was eliminating the difficulties that come with surface-applied products. Luckily, they soon came across Kryton’s Edmonton distributor, Cascade Aqua-Tech Ltd. From there, they were able to secure their very own supply of our integral concrete waterproofing admixture, Krystol Internal Membrane

Using the Concrete Admixtures KIM and Hard-Cem, They Were Able to Ease Their Construction Timeline

Because both KIM and Hard-Cem are integral admixtures, they can be added directly into a concrete mix. That eliminates the need to hire extra labor to apply waterproofing and hardening solutions. There’s also little concern for application errors. Instead, each admixture will permeate throughout the concrete, giving it an even, thorough dose of waterproofing and hardening.

The construction team benefited from this approach, adding the products to the concrete mix to meet the specific needs of the wastewater treatment plan.

For KIM, they started by adding it separately to the following:

That allowed KIM to protect each area from potential chemical attacks as the Krystol technology within the admixture could form interlocking crystals that block out water and waterborne particles and fill up any spaces that either might pass through.

For Hard-Cem, they added it separately to the centrifuge building’s slab-on-grade. That would double the building’s resistance to abrasive and erosive wear so that it could withstand the exposure to chlorides and severe amounts of sulfate from the wastewater treatment process.

And for extra protection for the plant’s steel deck, the construction team added both KIM and Hard-Cem to the concrete mix, giving the deck’s surrounding concrete protection against moisture ingress, chemical attack, and abrasive and erosive wear.

Even When Weather Conditions Worsened, Their Construction Still Went By Relatively Smoothly

Because of how easy it was to apply these concrete admixtures, the construction team was able to diligently and effectively continue their work throughout two snowy winters — even when one winter came with a snowfall that was over 10 ft!

Such weather would have made it harder to work with surface-applied concrete waterproofing and hardening solutions as the solutions themselves would have needed protection from the cold.

But with the instant application of concrete admixtures KIM and Hard-Cem, where they can be directly added to the concrete mix during batching, it made it easy for the construction team to both waterproof and harden their concrete. There was no concern over protecting the admixtures after all. The admixtures would simply go into the mix and provide their benefits while the team could carry on with heating the ground and properly placing and curing their concrete.

Overall, KIM and Hard-Cem Transformed Aquatera’s Expansion into a Success

In the end, thanks to the concrete admixtures, KIM and Hard-Cem, Aquatera’s construction team was able to upgrade the wastewater treatment plant within their timeline. It was a successful bit of construction that was only further proven to be so when the upgrades passed every hydrostatic test the team put them through.

Both KIM and Hard-Cem have gone on to contribute to many other success stories like this one. If you want to see more of their work, take a look at our library of case studies.