Lately, there’s been an increase in interest over the well-being of coral reefs. These marine habitats represent an estimated $2.7 trillion in ecosystem service value and support around 25% of all marine life after all. But we have already lost 50% of the world’s reefs at this point. And there appears to have been no specific global funding to help develop the protection and restoration of these reefs in the past.

Recognizing this, a coalition of partners from the 75th session of the United Nations General Assembly created the Global Fund for Coral Reefs. With this fund, they hope to raise and invest $500 million (USD) to support programs that will increase the resilience of coral reefs.

That means you may soon see more construction requests for artificial reefs. These sorts of reefs are manufactured constructs designed to promote the growth of coral reefs and provide marine life with shelter. It’s a great way to secure a profitable tender and give back to the environment all at the same time.

But if you do decide to take on an artificial reef project, what can you expect? 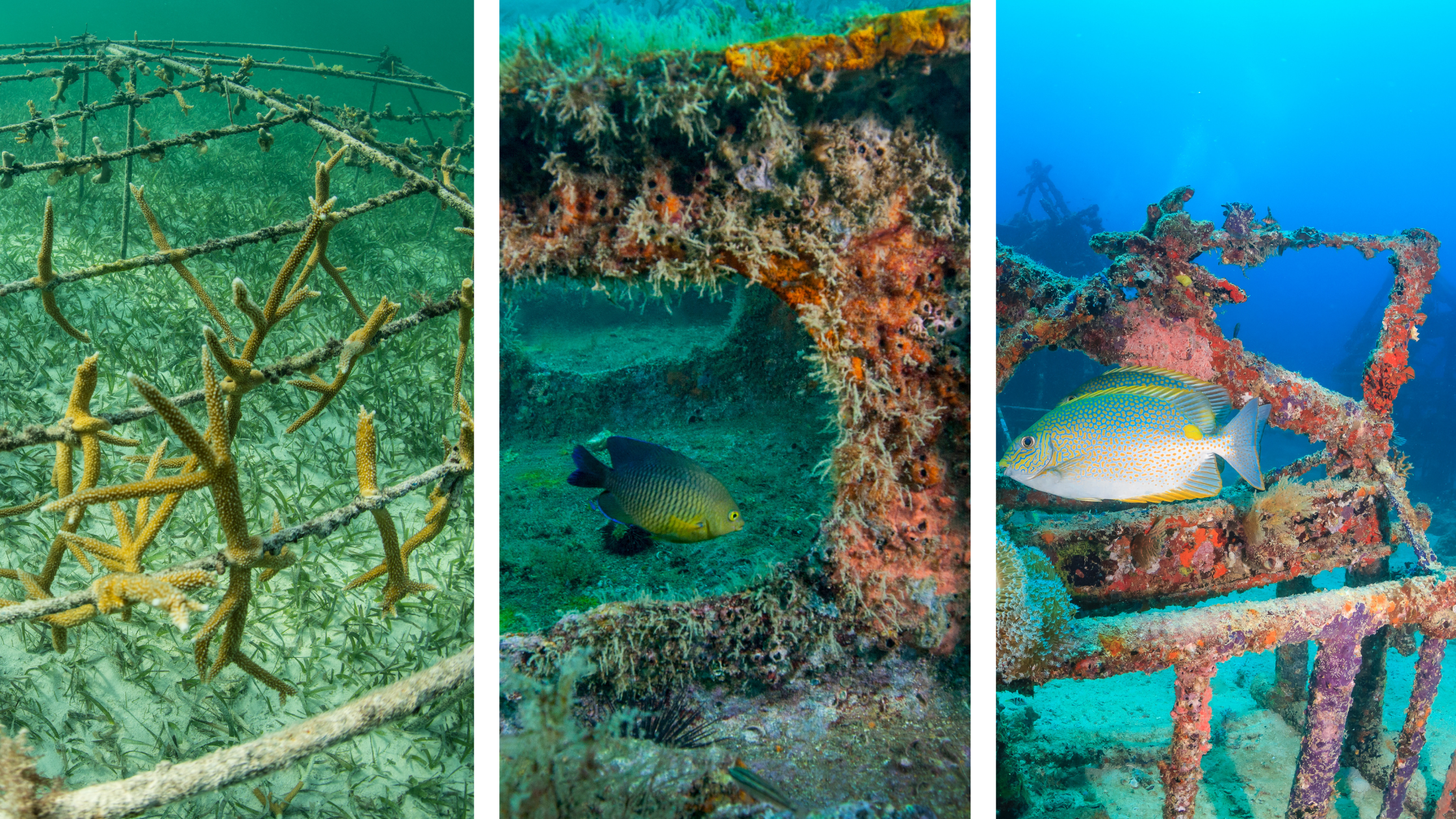 You May See a Wide Variety of Structural Requests

Over the years, the innovation for building artificial reefs has only increased. People from all over the world have their own ideas on how to build reefs effectively. So when you do encounter such a project, you might find some unique structural requests. Here are just some of the more well-known ones you might end up with.

If you win a bid for an artificial reef construction project from a governmental authority, your work may be fairly large and complex.

For instance, back in 2008, the Vancouver Convention Centre used governmental funds to include a habitat skirt worth $8.3 million. The first of its kind at the time, this project used 362 precast concrete slats. They were fit into 76 frames and arranged to look like a large five-tiered staircase. That extended the center’s shoreline by 477 m (1,564.96 ft) and added 6,122 m2 (65,896.66 ft2) of marine habitat surface area.

That is no easy feat for a project that had never been done before! As one of the University of British Columbia’s blogs notes, this amount of space is equivalent to “the length of five Canadian football fields and the floor space of the entire White House.”

It’s also not the only government project thinking big. Further south, down in the United States of America (USA), in San Diego, the port there has started to install a sea wall. Designed to protect the edges of Harbor Island, the wall is expected to help restore the island’s marine ecosystem.

It makes use of a structure that consists of the Coastalock system, which interlocks hollow concrete units to create habitats for oysters, sea stars, algae, and a variety of other marine wildlife.

The port hopes to use 72 of the 3.5-tonne modules of this system to replace the island’s current riprap.

With those two projects in mind, you can see that certain artificial reef projects will involve a decent amount of construction material, some intricate design input, and a keen contractor eye to keep everything working smoothly.

Not every artificial reef project is so extensive of course. There are plenty around the world that go to organizations like the Reef Ball Foundation and ARC Marine to install concrete structures in waters. These structures may be circular or more cube-like in shape, and they can range in size. Some may be as small as 0.3 m (1 ft) or so or as big as 1.5 m (5 ft) or more. In either case, the structures come with holes and various surface textures to offer marine wildlife places to rest and hide from predators that still look and feel like natural reefs.

They aren’t always interlocked and don’t need any additional design work. So it’s easier for people to order these structures from the organizations making them or from contractors for these organizations and have either group deploy the structures into the water.

It also makes it a less complex project on your end if you win a contracting tender for an organization that already handles this sort of work.

Sometimes building artificial reefs is all about the materials and nothing else. In some cases, that might mean placing materials like defunct ships, oil rigs, or some other old, large structure into open waters.

In other cases, it might mean doing the same but with defunct subway cars! Running with that last idea, the State of Delaware in the USA has been pushing old New York City Redbird subway train cars into the open waters off the coast of Slaughter Beach since 1996. However, to make sure these cars are marine-friendly, they strip them of any glass, seats, signs, wheels, and petroleum products before dumping them. That way, water can flow in and out of the old vehicles, allowing larvae from sea invertebrates to safely drift in and gain shelter, which in turn, lets them flourish and feed other marine animals.

An even simpler version of this project that you might encounter could be a request to place concrete pipes or steel beams on the ocean floor. For instance, further south from Delaware, in Pinellas County, Florida, such projects have helped to create around 42 reefs.

These Requests Can’t Just Be Fulfilled with Any Material, However

While some projects will already have a specific material in mind like those using the reef balls or reef cubes, there will be others with more leeway. And when that happens, you’ll need to carefully consider what material you use.

Think of it as building a home of sorts. You wouldn’t just use or reuse any old material for a person’s home. It could end up being structurally unsound or even toxic for the person who chooses to live there.

The same can be said for building artificial reefs. If you choose to build reefs by reusing waste like old tires or polyvinyl chloride, you’ll soon discover that neither material is the right kind for marine wildlife to call home. They’re usually too small, for one. So organisms needed to create reefs can’t grow on them. And they’re also very unstable. The waves can carry them to any part of the ocean floor easily, which is not appealing to marine wildlife as reefs are meant to be naturally anchored to the seabed. What’s worse though is that they can both release toxic chemicals, transforming their potential to be homes into a danger zone for any aquatic creature nearby.

So, what can you use instead?

Concrete Is Often the Preferred Material for Building Artificial Reefs

You might have guessed it already considering how often previous projects have used it already. But concrete really is one of the more preferred materials for building artificial reefs. And there are a number of reasons why that’s the case.

According to the New Heaven Reef Conservation Program, some of those reasons have everything to do with the composition and versatility of concrete.

Much like reefs, the composition of concrete makes use of the chemical compound calcium carbonate. Reefs get it naturally through coralline red algae, which form a calcareous skeleton that supports coral reefs by cementing them together. Meanwhile, concrete often gets the compound through common building materials like limestone. But regardless of how they get the compound, that makes concrete at least seem more natural to marine wildlife.

That’s not all that gives its composition such an appeal. Concrete is also innately strong and heavy enough to remain anchored at the bottom of any waters it’s placed in and lasts for a long time, giving marine wildlife a secure shelter for protection or habitation.

But what about concrete versatility?

Well, because concrete can be constructed into almost any shape and size, it gives you an opportunity to give an artificial reef any number of nooks and crannies that fishes and other aquatic wildlife like to hide in.

However, There Are a Few Other Materials You Could Work With

With that said, concrete isn’t the only material that people have gone for when building artificial reefs. They have also gone with the following materials using unique methods:

Electrified steelUsing biorock technology, ecologists in Indonesia have been able to form artificial reefs with electrically charged steel structures. Using a low-voltage current to charge the steel, the ecologists create an interaction between the electricity and the minerals in the seawater. That reaction causes limestone to grow on the charged steel. That growth eventually solidifies, forming reefs much quicker than they naturally would otherwise. This method has also shown to heal injured coral up to 20 times faster than other methods.

Steel spiders Even without electricity, steel remains a good material for building artificial reefs. For instance, people off the coast of an Indonesian island have been attaching parts of coral reefs to rust-protected reinforcing steel structures known as steel spiders. Over time, this process increased the amount of coral on the steel spiders by over 60%. At least 42 different coral species were growing on the steel spiders because of this. And in the rubble surrounding the steel spiders, people found at least 58 species. 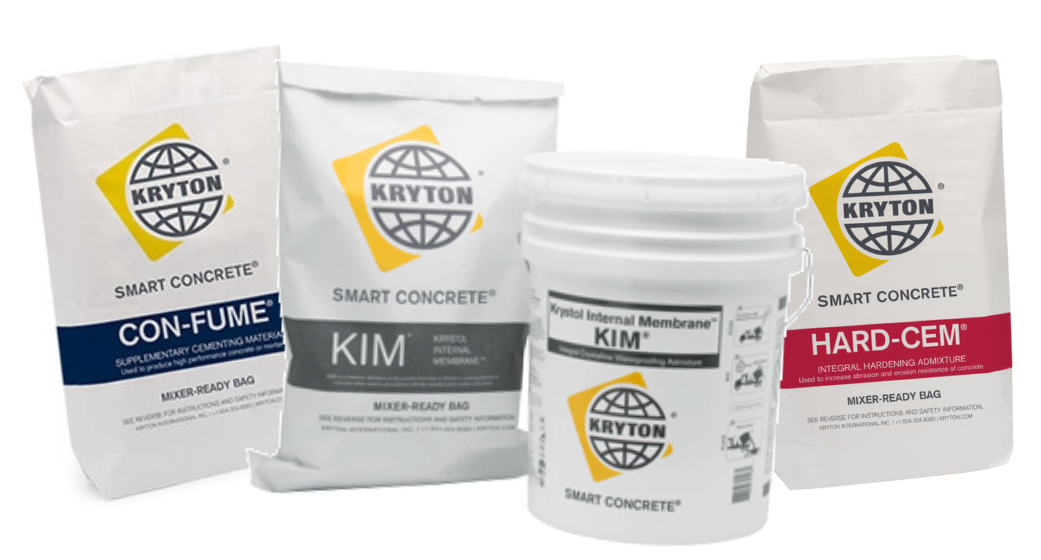 If You Do Go with Concrete, Consider Increasing Its Durability

Con-Fume One major artificial reef organization in the USA, the Reef Ball Foundation, requires silica fume in the specs for their artificial reefs. So if you want to follow their design as a blueprint for your own artificial reef, you may want to apply our Con-Fume solution. It is a silica fume product made from pozzolanic material to produce high-performance concrete. It comes in ready-mix bags and meets ASTM and CSA standards for silica fume.

Hard-Cem If you happen to be placing your artificial reef project in waters with swift currents, you may want to add Hard-Cem to your concrete mix. With fast-flowing water, there’s a higher chance for debris to bump up against your reef structure, gradually eroding away its surface and even potentially causing cracks. That surface will likely weaken after some time, leaving it vulnerable to losing aggregate and cement binders to the fast-moving water. But with Hard-Cem, this possibility becomes less likely. As an integral hardener, Hard-Cem increases the abrasion and erosion resistance of concrete and doubles concrete wear life even under harsh conditions. So it is capable of giving your artificial reef the durability it needs to withstand the abrasive and erosive forces in the water.

(KIM Another issue that can threaten your artificial reef’s longevity is a sulfate attack. Sometimes caused by industrial water pollution or seawater, a sulfate attack can chemically change the reef’s cement, weakening its bond with the surrounding aggregate. That can then cause extensive cracking and wear, ruining the structural integrity of your reef. Luckily, KIM can safeguard your reef from such a situation. Using Krystol technology, it enables your concrete to react chemically to water, forming needle-shaped crystals that fill up its capillaries and micro-cracks. That ensures the sulfate in the water cannot get through your concrete and damage its structure. KIM was also one of the top-performing products at preventing the corrosion of steel reinforcement during a 10-year study in a marine environment by the University of Hawaii. Moreover, KIM is also NSF-certified as safe for potable water and has the Singapore Green Label, proving that it is non-toxic.

Knowing what to expect and what tools to consider now, you’ll be ready to create a marine-friendly artificial reef of your own in the future. Just keep in mind the potential scope, materials, and obstacles you might encounter, and you’ll have an artificial reef up in no time.

The post Building Artificial Reefs: What to Expect appeared first on Kryton.